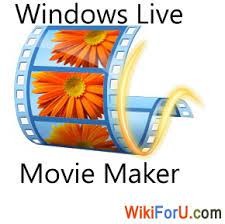 Functional freeware that’s aimed squarely at the casual consumer crowd, Microsoft’s Windows Live Movie Maker easily turns photos and video clips into slideshows and movies on Vista and Windows 7. However, its toolset and interface lack a certain sophistication that users of all levels would appreciate. The app comes bundled into the bulky Windows Live Essentials suite of apps; to separate it out, you’ll need to uncheck the other boxes before installing.

Like Microsoft Office 2007 apps, Windows Live Movie Maker tucks its actions and menus into a visual ribbon. You’ll get started dragging and dropping video clips and photos into the storyboard. You could finish a minute later with a click of the AutoMovie button, which populates the movie with a title, transitions, and pan and zoom effects. It’ll also prompt you to add a song from the hard drive. Automating movies is handy, especially for time-restricted users. After all, you can always tweak later with the help of the menu tabs.

The intermediate photo-, audio-, and video-editing features are sparse–you can split and trim videos, fade songs in and out, and pick a start and end point for audio and video. The publishing and sharing options are better thought out. Windows Live Movie Maker can e-mail a finished video, burn it to DVD, or upload it to YouTube or Facebook (with a plug-in). Videos also save in HD format for your TV (standard or wide screen), and can convert to a mobile-phone-friendly format.

All in all, Windows Live Movie Maker is decent freeware that lives up to its promise of making movies fast. You won’t find many advanced tools, but more ambitious types can still create interesting videos and slideshows.