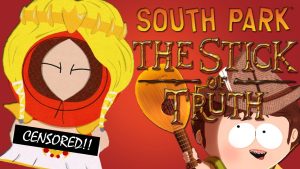 There are two games in this download: Kenny Hit and Run and It’s a Blast. Both games involve saving Kenny. Kenny Hit and Run is similar to Frogger, but much harder; you have five huge streets with smaller lanes and faster cars. In the second game, a cannon shoots Kenny and you try to catch him.