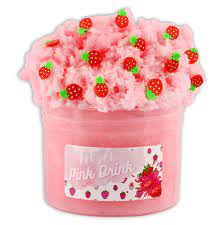 Can you destroy all the intruding aliens that are storming through the defenses? Your goal in this game is to shoot and eliminate as many enemies as you can. When the game starts, you will be given a shooter in the dark green player area at the lower part of the screen. You can move your mouse to adjust the position of the shooter in the player area, and press the mouse to shoot. Multiple diamonds will serve as obstacles on the screen, and you can shoot to destroy them according to your strategies. A slime will start to travel horizontally downward until it hits a diamond or moves to the edge of the screen, and upon doing so it will move down a row in the reverse direction. The slime is composed of 1 head and 8 body segments when it first enters the game, and you can shoot to destroy a head or a segment at a time. Note that when a segment of the slime is destroyed, a diamond will be left on the screen, while the immediately following segment of the slime will transform into a head. The slime will speed up when its length is reduced to 2 or fewer segments. A new slime will appear at the top of the screen once the previous one is completely destroyed, but the new slime will be composed of 1 head and 7 body segments, plus an extra stand-alone head. This process continues until the new slime has 9 independently moving heads. If a slime reaches the player area, it will move around in the area and new heads will be spawned until all of the slimes in the area have been destroyed. After a certain time, spiders and bats will appear as new enemies. A spider will move up and down in the player area, while a bat will fly vertically downward from the top of the screen. If you can survive at least 5 waves of slime invasion, snakes will enter the game. Moving horizontally, a snake will poison the diamonds along its path and all the poisoned pieces will be turned green. If a slime hits a poisoned diamond, it will zigzag down the screen. You will receive points whenever an enemy