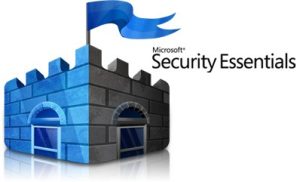 If you’re in the market for a capable antivirus, firewall, and Internet security solution for Windows, would you consider one that consistently ranks at or near the top in tests against the big names in antivirus protection? A lightweight app that’s frugal with system resources? One that offers timely, automatic updates, an effective firewall that integrates with Windows, and user-friendly operation that’s mostly in the background? Suppose we added the fact that it’s free and that you might even have it already, and if not, it’s a few clicks away? Sounds great! What is it? Microsoft Security Essentials, that’s what — one of the best-kept secrets in Windows software. We tried Microsoft Security Essentials for 64-bit Windows.

Microsoft Security Essentials actually works well with many other programs, but the installer advises removing your existing antivirus software, if any. The program checked for (and found) updates even before the installer had finished. Security Essentials is designed to work mostly in the background, with minimal user input, though some of its components require configuration, including the Windows Firewall. The program’s interface is plain but efficient in a way that, if it doesn’t scream “Microsoft,” certainly uses its outdoor voice. When activated and up-to-date, Security Essentials displays a green system tray icon, indicating our PC’s Protected status. As with any antivirus tool, Security Essentials needs an initial scan to ensure that your PC is free from infection. We changed the scan settings from Quick to Full accordingly, and ran the scan, which happily turned up no threats. Subsequent scans are much quicker. The Windows Firewall isn’t as effective as some freeware firewalls out there, but it’s way better than nothing, and you can disable it individually if you prefer to use another program.

We’ve always thought that many people assume that they need a third-party antivirus program because there are so many of them, including lots of freeware. That would seem to explain why more people don’t take advantage of Microsoft Security Essentials. It’s the easiest choice, so it can’t be convenience. Microsoft Security Essentials 64-bit isn’t flashy on purpose. But it offers effective protection with minimal fuss, for free.

Version 4.10.209 may include unspecified updates, enhancements, or bug fixes.

With Microsoft Security Essentials, you get high-quality protection against viruses and spyware, including Trojans, worms and other malicious software. Security Essentials is easy to install and easy to use. Updates and upgrades are automatic, so there’s no need to worry about having the latest protection. It’s easy to tell if you’re protected – when the Security Essentials icon is green, your status is good. It’s as simple as that.When you’re busy using your PC, you don’t want to be bothered by needless alerts. Security Essentials runs quietly in the background, only alerting you if there’s something you need to do. And it doesn’t use a lot of system resources, so it won’t get in the way of your work or fun.