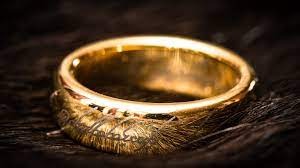 Based on the first film in the Lord of the Rings fantasy trilogy, this offering has a few problems that keep us from getting more excited. First of all, Lord of the Rings 3D Screen Saver doesn’t install like a traditional program. Instead, you must manually copy the SCR file into the appropriate system directory, which is speedy but may initially confuse some users. Once you call up the screensaver, you’ll see a number of golden 3D rings that contain pictures of the movie’s most famous characters. Though the rings themselves don’t suffer from any design problems, some of the images become blurry and pixilated as they move closer to the front of your display. Surprisingly, this program has no sound effects or theme music, although you can choose how many rings appear onscreen. You’ll also find a counter that ticks down the days, hours, and minutes to the film’s release–but since it hit theaters several years ago, we really believe the developer should remove this feature. If you want to collect all screensavers based on The Lord of the Rings, it won’t hurt to download this one, but better, more up-to-date options are at your disposal.

This free screensaver displays images from the upcoming movie The Fellowship of the Ring, the first in the Lord of the Rings trilogy, but unlike other screensavers it displays them in 3D. The program also features a countdown to the release of the movie as well as OpenGL 3D acceleration.