Harry Potter and the Prisoner of Azkaban Trailer 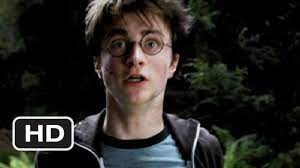 Harry Potter and his friends Ron and Hermione return as teenagers to Hogwarts School of Witchcraft and Wizardry for their third year of study, where they delve into the mystery surrounding an escaped prisoner who poses a dangerous threat to the young wizard. Gary Oldman plays Sirius Black, the eponymous prisoner whose escape is thought to pose a great threat to Harry Potter; Michael Gambon plays the role of Professor Dumbledore, Hogwarts’ venerable headmaster; Timothy Spall portrays Peter Pettigrew, an old friend of Harry’s father, James Potter, from their days at Hogwarts; David Thewlis plays Professor Lupin, the new Defense Against the Dark Arts Professor who harbors a mysterious secret; Pam Ferris plays Harry’s overbearing Aunt Marge; and Paul Whitehouse portrays Sir Caddogan, a Knight who becomes the temporary guardian of Gryffindor Tower.