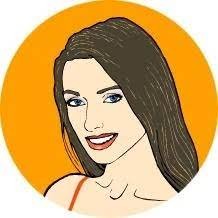 We have to admit that we were prepared to be offended by Get Tiffany. The idea of male characters fighting over a woman sounded rather sexist and obnoxious. The truth is, Get Tiffany is too boring to even be offensive.

The premise of Get Tiffany is that four players are competing for Tiffany’s attentions by both trying to woo her and trying to block the advances of their competitors. The program’s interface and graphics aren’t bad, but there’s nothing visually impressive about the game; users can customize their character to some extent, but the bulk of the game consists of the four characters standing side by side, choosing one action in each round. Users might give Tiffany a gift or make small talk with her, or go on the offensive and insult or fight with another character. Each action causes a player to gain or lose “mojo,” or points, and the first player to 100 wins Tiffany. Although characters can chat with one another, there’s no real interaction between characters and the mythical Tiffany. We played several rounds of Get Tiffany and quickly got bored with it. Tiffany likes flowers, but not too many. Tiffany giggles appreciatively when you make a joke. There’s nothing functionally wrong with the game, but we did not find it fun or enjoyable. The online Help file is well done.

Get Tiffany is free to try, but users who purchase the game get more options for avatar customizations. The program installs and uninstalls without issues. We recommend this program with reservations; it works fine if you’re into this kind of thing, but we found it to be repetitive and uninteresting.

Get Tiffany is a PG-13 rated multiplayer game that pits you against three other real players for the attention of Tiffany. Chat with other players, post in the forum and pimp out your clothing in this psychological battle to become the alpha-male.