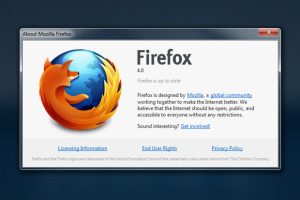 If you love music but hate jumping from Firefox to music player and back whenever you want to adjust your tunes, FoxyTunes is the plug-in for you.

FoxyTunes gives you control of your favorite music player from within Firefox, so there’s no more switching windows to skip that Barry Manilow ditty you forgot to delete. The interface is easy to use and is highly customizable. When opened, it shows a navigation array with buttons for Play, Pause, Mute, Next Track, Last Track, Volume, and the useful Show Player, which unhides your music player. There’s also a Hide Player button, as well as a music Search tool, keyboard shortcuts, skins, and a mini player that places the app controls on your desktop.

FoxyTunes’ strengths are in the depth of available features plus the level of customization. Weaknesses? Only that you’ll wish all Firefox add-ons were this good.

FoxyTunes is an Extension for Mozilla Firefox that supports the Mozilla Suite and Mozilla Thunderbird. It allows you to control your favorite media player without leaving the browser. The controls are positioned on the status bar or one of the toolbars, so no extra space is wasted. FoxyTunes has several nice features. You can control the playback, adjust the volume, and see what’s playing. Many more features are in development, among them advanced music-related searches.