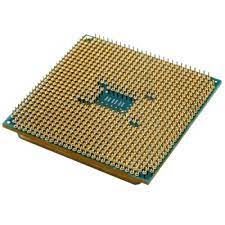 Core Temp Gadget is a free Windows gadget that displays the temperature and load of your CPU’s cores as well as basic information about your processor and platform. To use it, you must have ALCPU’s Core Temp installed and running. Core Temp is a small, free application that extracts critical data from sensors and displays it in a compact interface. Core Temp Gadget simply displays data from Core Temp in an unobtrusive desktop gadget.

Core Temp doesn’t have to be running to download and install Core Temp Gadget, but the utility must be running to port data to the gadget. Core Temp identified our processor by model, platform, frequency, VID, Revision, CPUID, and Lithography standard as well as number of cores and threads and each core’s temperature and load. We minimized Core Temp and turned to the gadget. It displayed our processor data in a compact but colorful view that included the CPU maker’s logo. Beneath this were three graph lines coded in different colors–one each for each core’s temperature, load, and activity, plus another for RAM use–and at the bottom a moving graph displayed the data. Unusually for a gadget, this one offers quite a few options, including displaying the clock speed in gigahertz, changing colors, enabling items to display, and configuring the graphs. As with all Windows gadgets, we could drag it around wherever we wanted on the desktop and access its settings by right-clicking the desktop and selecting Gadgets.

We’re quite familiar with Core Temp, which is a terrific little tool for keeping an eye on your system and a must for overclockers and tweakers. Core Temp Gadget is one of the best little desktop tools we’ve tried, and one that provides crucial warnings when things aren’t working as they should. Even if you don’t overclock your system or even peek beneath the hood, it’s educational to see what’s up with your CPU.

The original Core Temp Gadget, brought to you by Core Temp’s developer, Arthur Liberman. Monitor your processor temperature, load, frequency and VID settings with a visual representation via a graph at the bottom of the gadget. Settings: – Adjust the zoom to change the size of the gadget. – Show or hide the graphs and text fields. – Graphs can display core load or core temperatures. – Select colors for the cores. Colors can be selected automatically or manually, a different color per core or a single color for all the cores. By clicking on the resize button (dock/undock in Vista) you can quickly show or hide the graphs. Uninstalling the gadget: 1. Close all instances of the Gadget. 2. In Vista – Restart Windows or Kill the “sidebar.exe” process by using the Task Manager. In Windows 7 – Right click Desktop, View, uncheck “Show Desktop Gadgets”. 3. Start Sidebar again from the Desktop context menu (right click Desktop). 4. Uninstall the Core Temp Gadget.