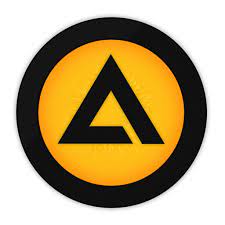 AIMP provides all the basic tools you’d expect from a media player. However, it evolves into something special once you discover its special features. It supports more than 20 audio formats and 32-bit digital audio, and it converts between various formats, too. You can also customize it with Winamp add-ons.

The program’s interface felt instantly comforting. Its professional design is sleek, and all its command buttons are simple to navigate. We never felt confused or lost enough to require a visit to the Help file. The program’s functionality isn’t anything special because it simply lets you upload MP3s and play CDs using its standard controls. We had no problems doing either, and we were pleased with its crisp sound quality. However, this program came into its own with its lush variety of features. Its 16-band graphic equalizer was nice, but we only noticed a difference in sound when we used the presets. It also offered an Auto Shutdown feature where we could customize the time limit and action for shutting the program down. Most impressively, there was a feature for recording online radio, just like holding a tape deck up to the stereo in the old days. With all its pieces adding up to a superior product, we enjoyed every minute of using this program.

AIMP is freeware. It comes as a compressed file and leaves folders upon uninstalling. While its functionality is pretty standard, its features impressed us, and we recommend this program.

Full Specifications
WHAT’S NEW IN VERSION 4.70 BUILD 2233
AIMP is a full-featured music player designed with sound quality and wide, customizable functionality in mind. Thirty audio formats are supported. Audio is processed in 32-bit for crystal-clear sound. The player features a 18-band graphics equalizer with extra built-in sound effects. You can extend the existing functionality adding Input, DSP and Gen plug-ins from Winamp. All local and global hotkeys are customizable. Full Unicode support. You can convert AudioCD to MP3, OGG, WAV or WMA. Similarly, you can grab sound from any audio device on your PC to MP3, OGG, WAV or WMA formats.